The Triumph in Losing 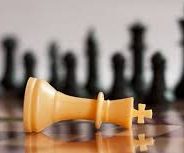 Second place. An achievement that should be celebrated, but is instead corrupted by the harsh reality of what could have been. It may seem as though anything other than first place is nothing more than a waste of time, but this misconception disregards all of the hard work that was put in to get to that point.

Losing is present in all different types of activities: whether it be sports, academics, or extracurriculars. As many teams have experienced, losing is far more common than winning—unless you’re the United States Women’s National Soccer Team—but it’s nothing to be afraid of. Instead, it is important to understand that losing has a bigger impact than winning.

Not only does losing affect the human psyche, but it alters the physical aspects of the human body. In an article by beyondseattime.com, they revealed that there is a bodily reaction to losing and it does, indeed, hurt you. Among many ailments that follow losing, a few of them are the changing of blood pressure, contraction of muscles, and elevated stress. Losing is not a very fun task, yet it can be very rewarding no matter what manner losing has presented itself.

Most commonly, the fear of losing is what gets in the way of winning. On many of these occasions, winning is very much obtainable if the fear were not present. It is not until failure is presented that individuals are able to truly experience the lessons it has to offer. Later on, these lessons of perseverance will lead them to avoid failure in the future.

In a very popular song recorded by the band Fantasia, the lyrics say “sometimes you gotta lose to win again.” This quote refers to the false idea that once you win you never have to face failure, but this, of course, is wrong. Losing is what builds character and allows people to advance to other levels through their newly acquired knowledge.

To put it into perspective, think of it as a video game whereas a character has 3 lives. If they were to make a wrong turn and fall into trouble, they are able to fix their mistake during their second life and avoid repeating their error. Having understood their mistake they are now closer to their goal, which they never would have gotten to if they hadn’t made the wrong turn.

This analogy shows that losing is a major part of maturing and growing. Without the trial and error of finding out how society functions, an individual would be left unprepared for their future in the world. However, it is a very different situation when it comes to sports and competing clubs.

When a club comes up just short of victory, it is not always 100% clear why they lost. But it can help by providing clear evidence that there is, in fact, something to still work on. While every team dreams of being perfect, even the most winningest of clubs have some room for improvement.

Take the New England Patriots for example: after winning 3 Super Bowls in the last 10 years, the team fell to the Tennessee Titans in their earliest departure from the playoffs since 2009. Even as a frontrunner for the majority of the season, they faced competition that resulted in their exit from the playoffs. Now that they have identified their areas of improvement, they have promised bigger and better things for the upcoming years.

All things considered, losing is one of the pivotal steps to success. Instead of looking at it as a brick wall blocking your path, imagine it as a helping hand pushing you in a different direction. In the end, failure is the force with the strongest ability to aid in development. Without the triumph of losing, there would be no rewards to reap.